Bologna is an underrated Italian city with a tumultuous recent history. It is known as “La dotta (the learned), la rossa (the red), and la grassa (the fat)! The first nickname is given to Bologna because of its well-respected university. Founded in 1088, many intellectual heavyweights, Dante, Petrarch and Thomas Becket among them, have frequented this institution. There is a tradition among the university students in Bologna to climb one of the very tall towers in the city. This tower should only be climbed after you graduated, as tradition says that if it is climbed before you might never finish your studies! Finishing my degree a few months back, I felt qualified to torture myself on the endless stairs with no view until I reached magnificent views of the city on top: an experience not unlike doing a PhD!

The strong intellectual tradition of “la dotta” probably supported alternative and progressive ways of thinking that gave the city its second name: the red. While this name was initially given to the city because of the red roof tiles used throughout, later on it became to denote the Leftist tendencies of the citizens. Bologna was a major center of partisan resistance against the Fascists. Being a transport hub, it was bombed extensively during the WWII and was the scene of much fighting. It was the hometown of the controversial director, Pier Paolo Pasoloni (of Salo and Accattone fame), who was viciously murdered by fascists in Rome. Judging from fresh wall graffiti about ISIS and Kobane Resistance, the movement is still strong here. When growing up in Iran, I used to watch Fontamara, a TV series based on the work of Italian Leftist author Ignazio Silone. I later read the novel, and also another one by Silone, called Bread and Wine, and was deeply affected by the pain and suffering that he described. Walking under the cool porticos of Bologna, I think of these books and how we have now forgotten how large parts of Italy were once overridden by poverty, which brings me to the next nickname of Bologna, la grassa.

In my opinion, the beauty of Italian cooking is (for the most part) that it is focused on feeding ordinary people. Many of the best dishes are made with cheap but high quality ingredients. This is apparent in Roman cooking, Carbonara and the Roman Rigatoni con la Pajata (and the many dishes that use the fifth quarter), and also in the excellent food of Bologna, Ragu alla Bolognese (the mother of all red pasta sauces) and Tortellini. Bologna is the center of the Emilia-Romagna Region (of the Parmigiano Reggiano fame) and is close to Modena with the best balsamic vinegar in the world. In short, a visitor will have a hard time staying fit in this area!

For more fun info about Bologna, check out this Italy Unpacked episode.

Florence has been the home to many famous people: Dante, Leonardo da Vinci, Michelangelo, Machiavelli, …It’s streets are full of history and a simple stroll through its central part (if you don’t mind the heat and crowds, especially in July/August) is rewarding and rich.

My favorite part of the city was the Piazza della Signoria, which houses amazing statues (in Loggia dei Lanzi), provides excellent people watching and is the gateway to river side walking. A hidden gem is a water fountain that offers free delicious lightly carbonated water!

I enjoyed several excellent galleries in Florence, but two contrasting highlights stayed in my mind. The Uffizi Gallery, perhaps the most popular gallery in Florence, houses an exquisite collection of Renaissance art. One of the greatest experience for me was to see many austere but beautiful Middle Ages and Early Renaissance artwork before coming face to face with the fantastic Botticelli paintings that brought back the celebration of humanity from the Greek and Roman art and put them in a new context. 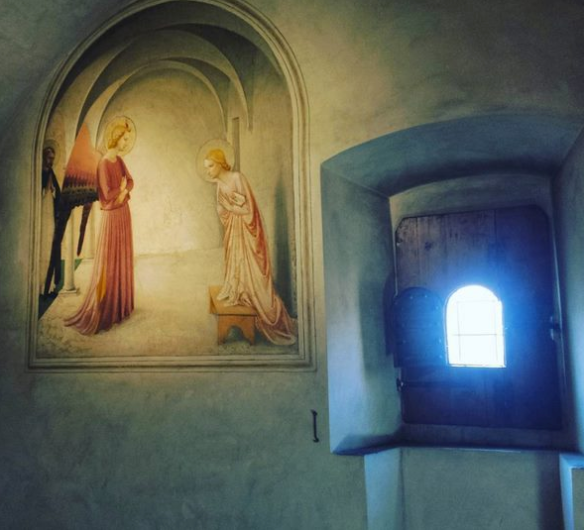 In contrast to the Ufizzi Gallery, the San Marco Monastery was quiet and pensive. Visionary paintings by the legendary Fra Angelico graced bare-bones monk cells. It is a good reminder that despite Italy’s sensual reputation 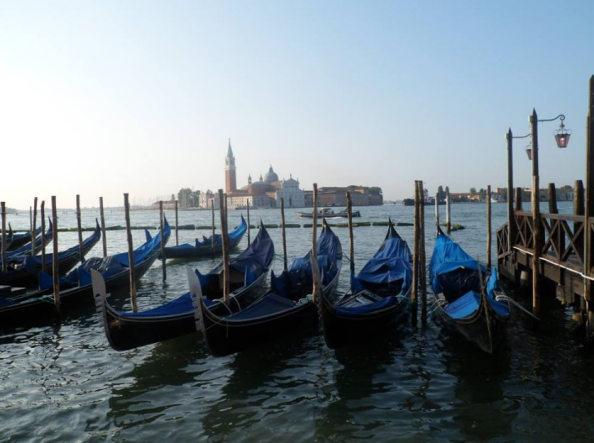 Getting lost in Venice is an essential experience. I walk around at least for an hour before finding my hostel. Venice is extremely touristy which makes it a bit hard to enjoy. But if you persist and walk through the crowds and the heat, there are magical spaces here and there: Marco Polo‘s home, a Vivaldi museum with ancient and exotic instruments, old buildings turned into exhibits and little islands that are suddenly empty and feel like medieval mazes. 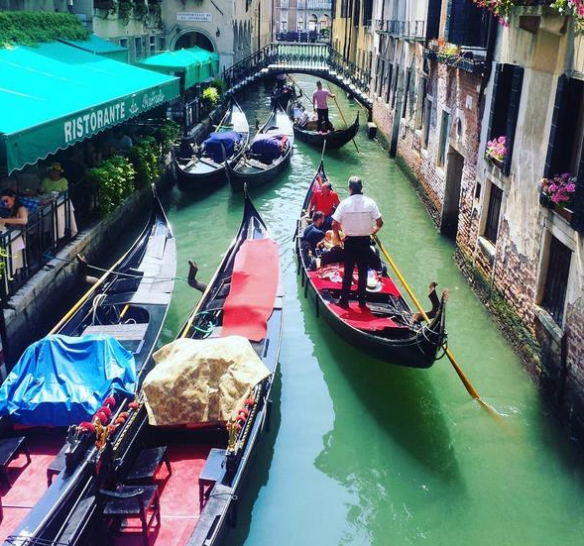 I take the 6 am water bus which is empty and passes through many great buildings: the old castle in which Wagner died and is now a famous casino, the Muslim and Jewish areas, St. Mark’s Square and the Bridge of Sighs (which connect the palace to a prison). 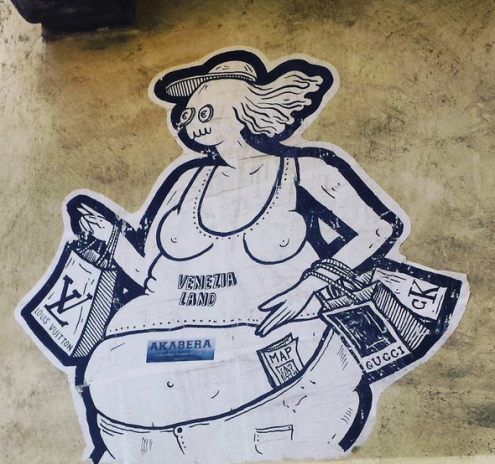 In a few hours tourists start trickling into the city (from huge cruise ships and via the train station) and the city becomes really full. At first the heat and the crowds make it hard to continue enjoying the sights and then I realize this is part of the experience too. In fact, the “siege of Venice” by tourists is quite controversial and has been blamed for pushing locals out of increasingly expensive real estate. See this documentary for more information about this topic. 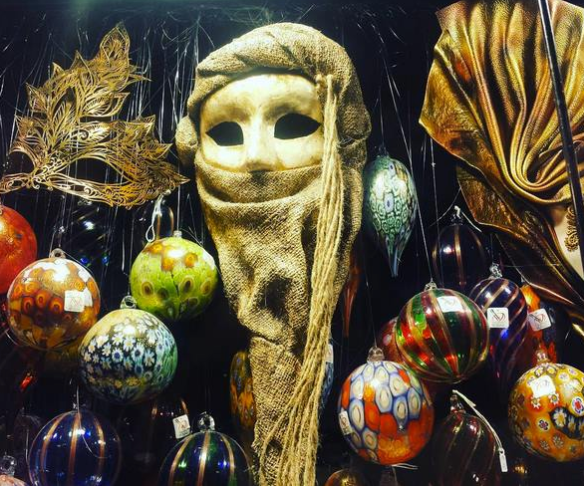 Italy is touristy, there’s no denying that. Before modern tourism became accessible to everyone, aristocrats from Northern Europe would travel here on what came to be known as the Grand Tour. On an itinerary that often included Rome and Florence and often ended in Venice, young aristocratic members of society would seek Classic history, art and culture. The purpose of this trips that sometimes took months was more than sightseeing. Often young aristocrats were accompanied by a tutor or learned man and were trained in the Classics, History, Languages, …. The idea was that this privileged experience would get them ready to hold high positions in their society. Of course, an essential part of the trip was socializing and partying with other elite which often happened in Venice in masked balls (from which the concept of Masquerade comes from).

This tradition, which started in the 18th century, continued well into the 19th and 20th century and some would argue the “Gap Year” concept is a modern democratic version of it. Later travelers on a Grand Tour included the Romantics, English poets Shelly, Keats and Byron, and later on the Hungarian composer Franz Liszt who was inspired by his travels to compose his famous Annees de Pelerinage (Years of Pilgrimage) piano album. I often had this piece from Liszt in my head when traveling in Italy.

Given the Romantics fascination with nature as a source of inspiration, later Grand Tour itineraries often included natural scenery, such as the Alps in Northern Italy and Switzerland and more secluded parts of central Italy (for example, the Cinque Terre, which was secluded then but is overrun with tourists now!)

At some point during my stay in Italy, I decided to take a break from large cities and spent a couple of days in the medieval village of San Gimignano. This beautiful hill town is set in the rolling landscape of Tuscany and is surrounded by vineyards and olive groves. It is also a popular destination for pilgrims as it is on the Camino di San Francisco di Assisi that connects Florence to Rome. 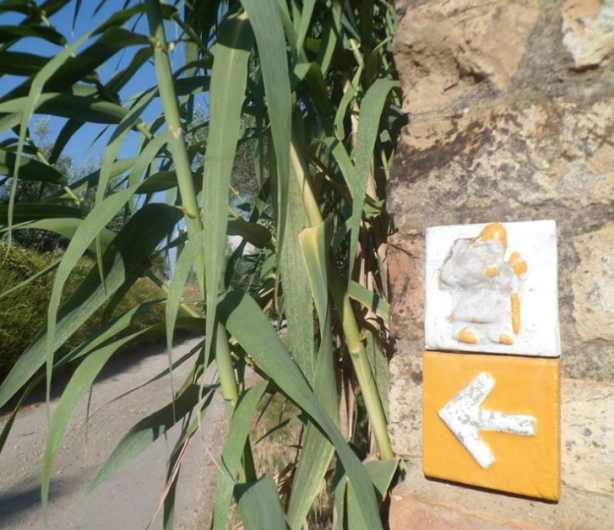 During my stay, I went for long walks in the surrounding area, tried some local specialties (olive gelato, anyone?) and stayed at a quiet monastery. I also visited an unexpected exhibit about the work of Robert Capa in Italy. Robert Capa was a Hungarian war photographer who  captured many historic moments in photographs, including the Allied landing in Normandy. Capa’s life was one of sacrifice and tragedy. He was in love with the first female war photographer, Gerda Taro, who was killed while covering the Spanish Civil War. He also saw many colleagues and friends get injured and die during the five wars he covered. He famously said, “if your pictures aren’t good enough, you are not close enough”. Unfortunately, he was once too close and blew up on a mine in Vietnam.

Walking around San Gimignano was delightful and I spent a few full days walking beside vineyards and farms and enjoying classic Tuscan landscapes. I once met a fellow traveler who told me about an Italian tradition of planting rose bushes next to vineyards. He said the roses usually catch pests earlier than vines, giving farmers advance warning to save their crops. 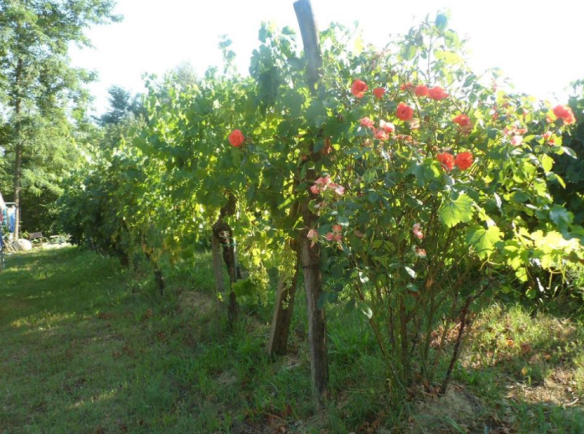