With only one night in Copenhagen, I did not expect to see much of the city. But I was wrong! I was lucky to stay with close family friends who had lived there for many years (and one is actually from there originally) and were kind to give me a great introduction to the city and more importantly glimpses into the state of mind of its residents. One of my hosts, a kind and insightful Danish history professor, took me on a tour with his car. Our trip started with the (in)famous Christiania neighbourhood, an “autonomous” neighbourhood located in a former military base spanning 84 acres of prime land since the early 70s. The residents of this unusual neighbourhood decided to have their own laws and are very dedicated to their independence. A walk around this area was reminiscent of, on the one hand, Vancouver’s 420 celebrations, where on a street named “Pusher Street”, soft drugs were sold openly and, on the other hand, if one walks a little away from the crowds, Toronto Island’s free spirit DIY houses but with some semi-abandoned buildings covered with graffiti. The residents had an anything goes policy until recently but gang problems on Pusher Street have led to the introduction of three simple rules in that area: Have fun, don’t take pictures and, don’t run! While I enjoyed this area, it was too paranoid for me. It’s a shame that an area with such promise for alternative living had succumbed to the pains of drug-trade and gang violence. 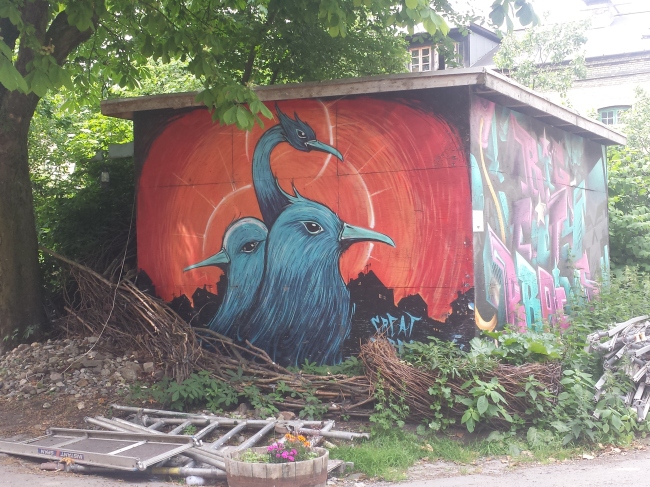 Next, we drove into a series of unassuming buildings that were the secret police headquarters of the Danish government! It was amazing that we could drive right into this area with no police or control. My friend said the notion of transparency is an important principle Denmark. The Danes deeply believe that the army and government should serve the people not be against them. He noted, “if a country’s army and power is concentrated in the capital, this is a strong sign that it is frightened of its own people. Whereas if is it spread along its borders, it is an indication that it is protecting its people.”

Next, we went to see the Little Mermaid, a famous statue that is more of a tourist attraction than a great work of art. Once we were on the road, my friend mentioned another thing important to Danish people: “Freedom is essential to our way of life. I have chosen not to focus on money  and having many things and instead have freedom to say and do what I want!” This is an important point. In Denmark people are very passionate about freedom of speech even if it involves politically incorrect messages. Something that is sometimes incorrectly interpreted by others and causes extreme reactions (for example in the cases of Lars von Trier or Kurt Westergaard).

Next, I was shown the old Navy housing blocks which were built in the 17th century and spun many blocks. Even today, the Royal Danish Navy is one of the most advanced in the world. We then drove into the Royal Palace Complex and saw an interesting juxtaposition of water, stone and buildings. Being surrounded by water and formed essentially of islands, water forms an essential part of Danish identity. I next saw a very progressive side of Denmark: a school that doesn’t have any paper (everything is digital), a series of housing blocks covered with green ceilings and a vast area close to town that is preserved by the Danish government and is saved from development as the capital’s “lungs”. The idea of living transparently was indeed strong in action as my friend did not lock his car when we left to explore by foot (except for the area close to Christiania) and most of the houses had withdrawn their shades, allowing passers-by to look inside and through the houses. Another amazing thing was that the Danish skyline is mostly preserved by restricting the height of buildings and towers.

My friend suggested I visit the Black Diamond, a fantastic building that houses the Royal Library. Being a historian, my friend has spend many hours there. The new building is connected with a tunnel to an old building that housed the library before the new building was created. I noticed the city is full of bicycles and even during weekdays, there isn’t as much car traffic on the streets.

We ended our little trip on a small fishing town called “Dragør” which is 11 km from Copenhagen. Instead of sitting on the waterfront, we went on a tour of the back lanes and roads of the town. It was a timeless experience and it felt as if the women of the houses were still waiting for their fishermen husbands to return home. Many houses had two porcelain dogs at the window, some looking outside and some inside the houses. My friend told me if the dogs look outside, it mean the husband is at sea and if they face inside, it means he is home: a clandestine communication method before the time of social media and texting to keep life exciting in a small village! 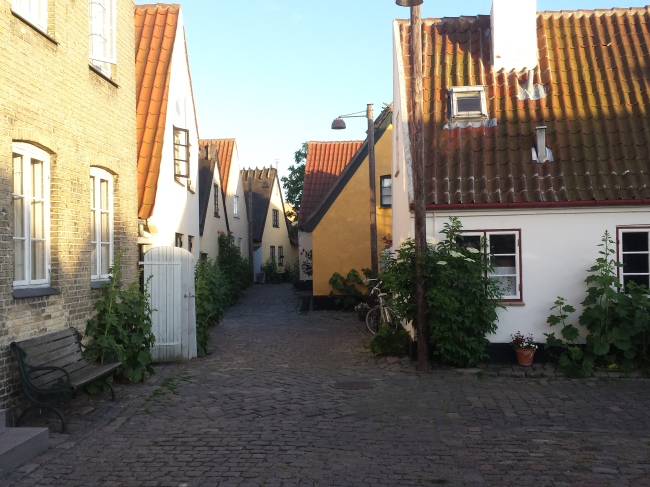 After this amazing tour, we went back to my friends’ house where we discussed the conflicts that also exist here. One is the increasing cost of living. I observed that things are generally expensive in Denmark, although the quality of everything seems very high and people seem to try to consume less and give more priority to quality than quantity. Another problem is the culture clash between the Danes and immigrants who come here. Specifically, many tense situations seem to involve Muslims and Eastern Europeans. The sun goes down really late here. At 10:30 pm it was still light outside. My friends said in a few days they would have the longest day of the year and then the days will get shorter.

The next day, I got to walk around the neighbourhoods in more detail and visit the great library that my friend had recommended. There was a nice caricature exhibit at the museum on the theme of saving oceans. The selection was very multinational and included work by Iranian and Canadian artists. Finally, I boarded a train for Aarhus where I will attend a conference in the next few days. 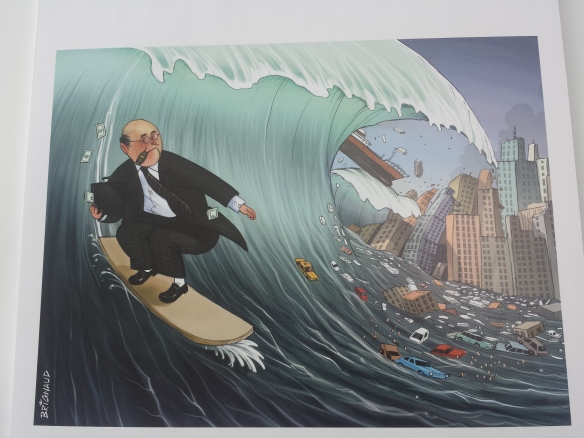